Mt. Everest Expedition is a lifetime mountaineering experience that allows you to stand on the highest point in the world.

Ask an adventurer about their dream, and they will answer you with a word; EVEREST. Who would not want to reach the top of the world? Who would not want to touch the sky? It’s the trip of the lifetime, the Everest Expedition. Mount Everest, also known as The Sagarmatha in Nepali is the tallest peak on earth with an altitude of 8848.86m. The southern face lies in Nepal whereas the northern face is in Tibet. In 1715, China surveyed the mountain for the first time while they were mapping Chinese territory and depicted it as Mount Qomolangma. British Indian government 1856 again measured Mount Everest during their Great Trigonometry Survey. Back then, it was named Peak XV and said to be 8840m tall.

Peak XV was renamed after Sir George Everest as Mount Everest, the name given in his honor, who was a lead surveyor in 1856. Sir George was a Welsh Surveyor; he was the surveyor-general of India for thirteen years from 1830. Everest has fascinated mountaineers all around the globe since the 1920s when Tibet opened climbing in the early 1920s. In 1922 British Expedition team led by Charles Bruce tried to scale the summit of Mount Everest for the first time. It was Edward Norton in his second attempt along with the British Expedition team that set the height of 8572m. The mountaineers George Mallory and Andrew Irvine disappeared on the third attempt. Mallory's body was found in 1999. There were several attempts made to Everest before the successful attempt made by Edmund Hillary and Tenzing Norgay on 29 May 1953 via the South route. It is now reported that around 1000 ascent attempts are made every year.

We will take the southern route to the summit. This trip suits those who have previous experiences of a few 7000m peaks or even more. The real trek apparently starts from the Base Camp and to reach the base camp takes you around 7 days on foot. We will move on to Camp I (6,065m) where we will see the Khumbu glacier.  Khumbu Glacier is around 450m on a gradual slope to Camp II (6,750m) and around 610m to Camp III (7,300m). Camp III is located at the head of Lhotse. From this point onwards, you will need oxygen cylinders. You will reach Camp IV (7,910m) after just crossing 8000m elevations. This point is also known as the Death Zone.

Mount Everest Expedition is undoubtedly a lifetime opportunity. Nevertheless, these expeditions encounter many hindrances such as high altitude, severe weather conditions, and avalanches. One must be well trained before actually trying it. You need to get your body ready for the 8848.86m-foot climb to Everest's summit. Depending on your current level of fitness, you need to train for several months before you start your ascent. A climber must build his/her cardiovascular strength along with muscular strength; oxygen level drops by 60-70 percent from sea level. Also, make sure you can carry big backpacks to the top as you will be carrying a cylinder of oxygen and large bag packs along with you. One must acclimatize with weather conditions and be prepared for rock falls, and avalanches. Learning rescue techniques would be an added advantage.

Our Airbus, Heli Everest will all the time be supporting our team by supplying fresh - fruits, vegetables, meats, and other food items almost every day, and it's also always ready for your safety at your needs.

Everest base camp lies at 5,200 meters from sea level, where you will spend up to 45 days during the expedition. The conditions in Everest Base Camp will stay steady during the climbing period and include stirring many tents and stages as the ice moves and melts. The territory is unforgiving yet delightful, encompassed by Pumori, Nuptse, Lola, and the Khumbu Icefall with warm mornings and unexpected evening snow gusts. With such numerous endeavor groups at BC, it closely resembles a little town in the Himalayas.

Arriving at C1 is the most specialized piece of a southside move since it crosses the Khumbu Icefall. The Icefall is 2,000′ feet of moving ice with profound chasms, transcending ice sera's and torrential slides off Everest's west shoulder. We endeavor to go through just two evenings at Camp I during the climbing period for acclimation. If you have appropriate acclimatization, the game plans call you to go all over direct from camp II to security.

Camp 2 lies in a sidelong moraine at the lower part of the west edge. It is a too protected and shielded area with huge perspectives on Lhotse. All organizations set up their primary climbing camp for the climbing period's duration here with tents for individual climbers and kitchen and dining tents. Camp II is an essential acclimatization camp and the central command for focus III. The camp where you are spending the most time after base camp.

Climbing the Lhotse Face to C3 is often tricky since almost all climbers feel the effects of high altitude and are not yet using supplemental oxygen. The Lhotse Face is steep, and the ice is hard, but the route is fixed with rope, and the angles can range from 30 to 45 degrees. It is a long climb to C3 but is required for acclimatization before a summit bid. You will spend two nights at camp three for acclimatization and the summit push.

Welcome to the moon—the Everest to the north and Lhotse on the south covered with loose rock. Located at the South Col is the last camp; most climbers are easily accessible without supplementary oxygen. There are two rock sections to navigate before camp 4: The Yellow Band, an inter-layer of marble, phyllite, semi schist rock, and the Geneva Spur, an anvil-shaped rib of black stone. Both of these areas are set up with fixed ropes.

The last section from the South Col to the summit takes 09-13 hours to navigate. There is the Balcony, the Hillary Step, and the south summit before reaching the central panel. The route to the true summit is a moderate snow slope, and while tired, adrenaline keeps most climbers moving at this point. 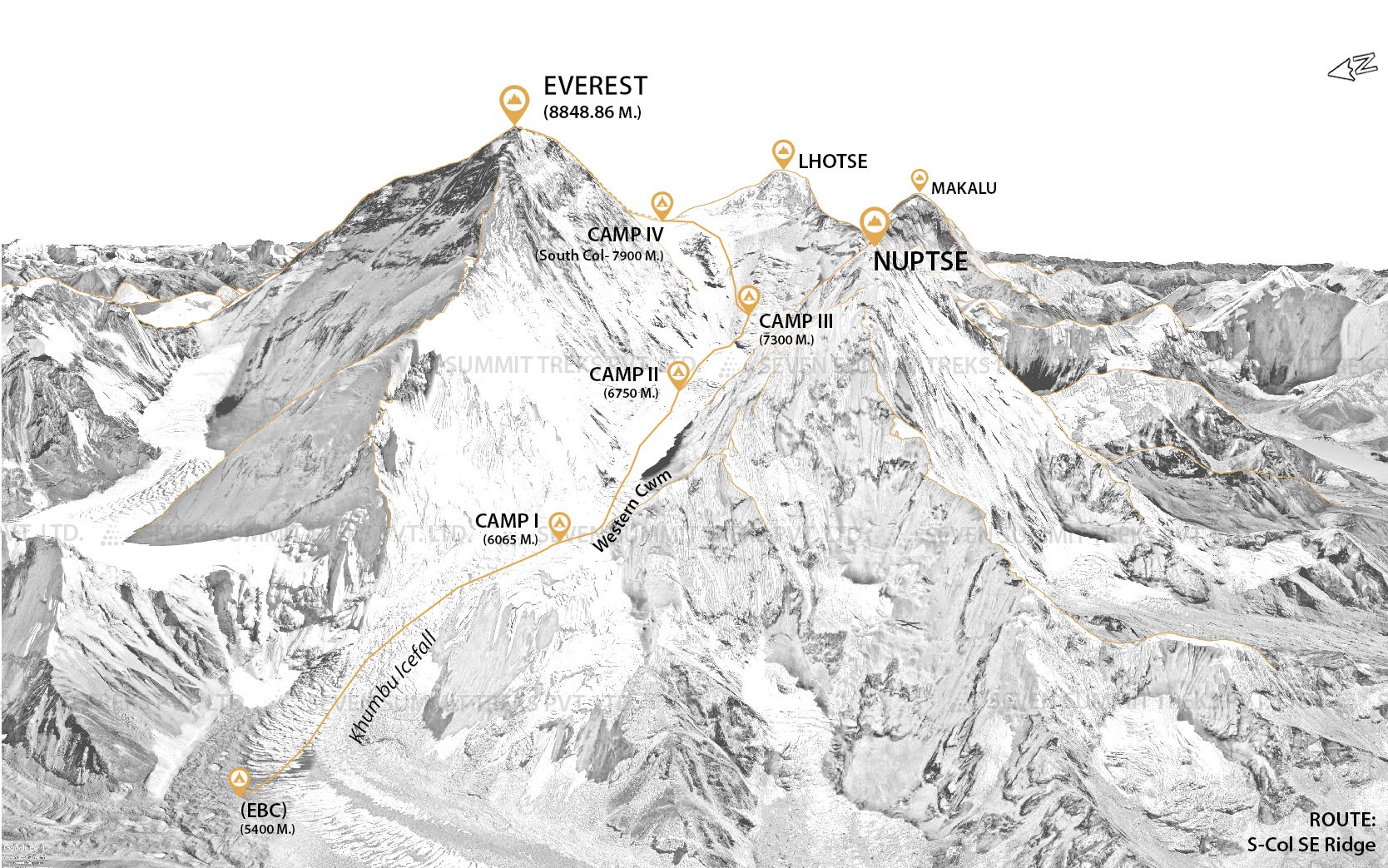 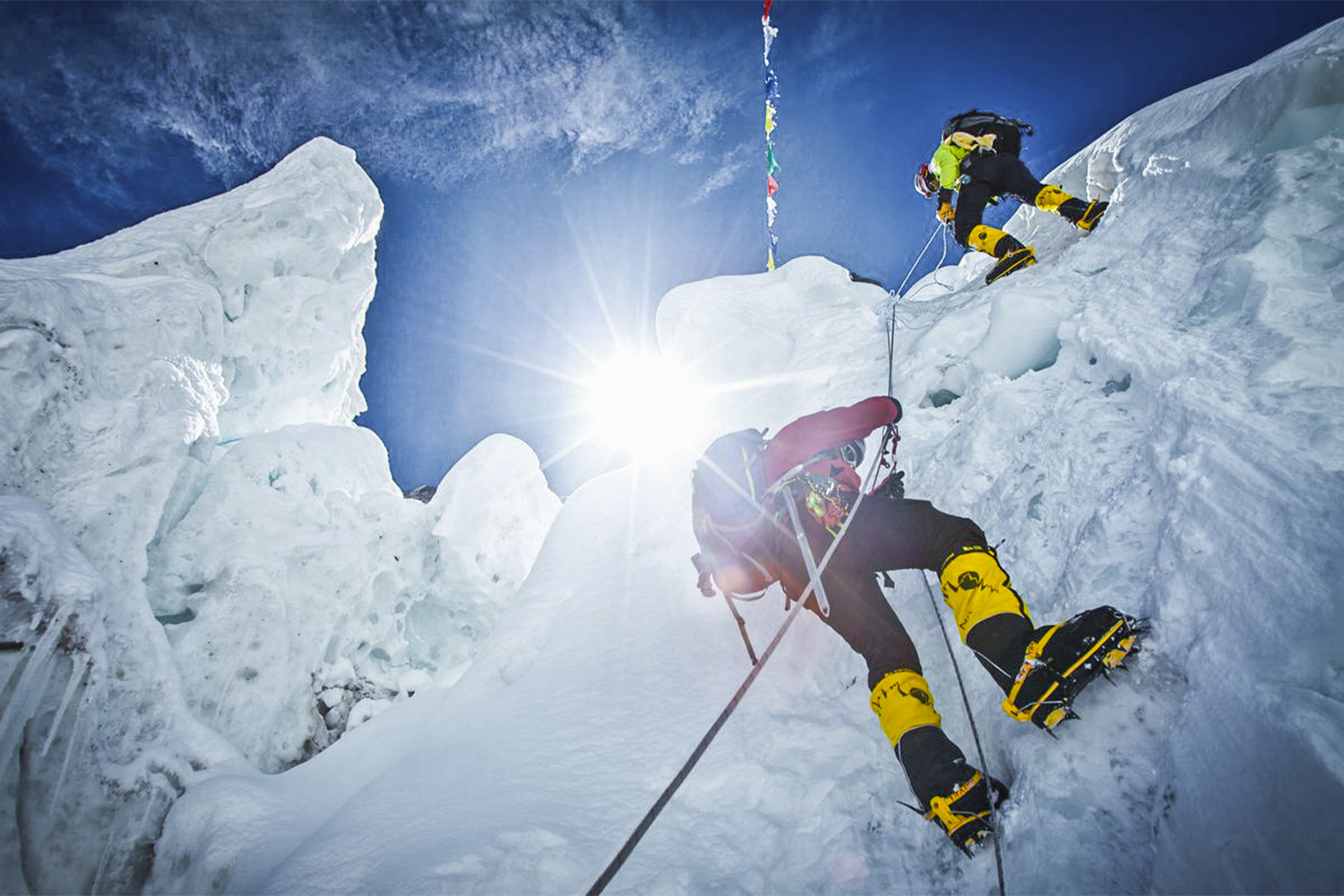 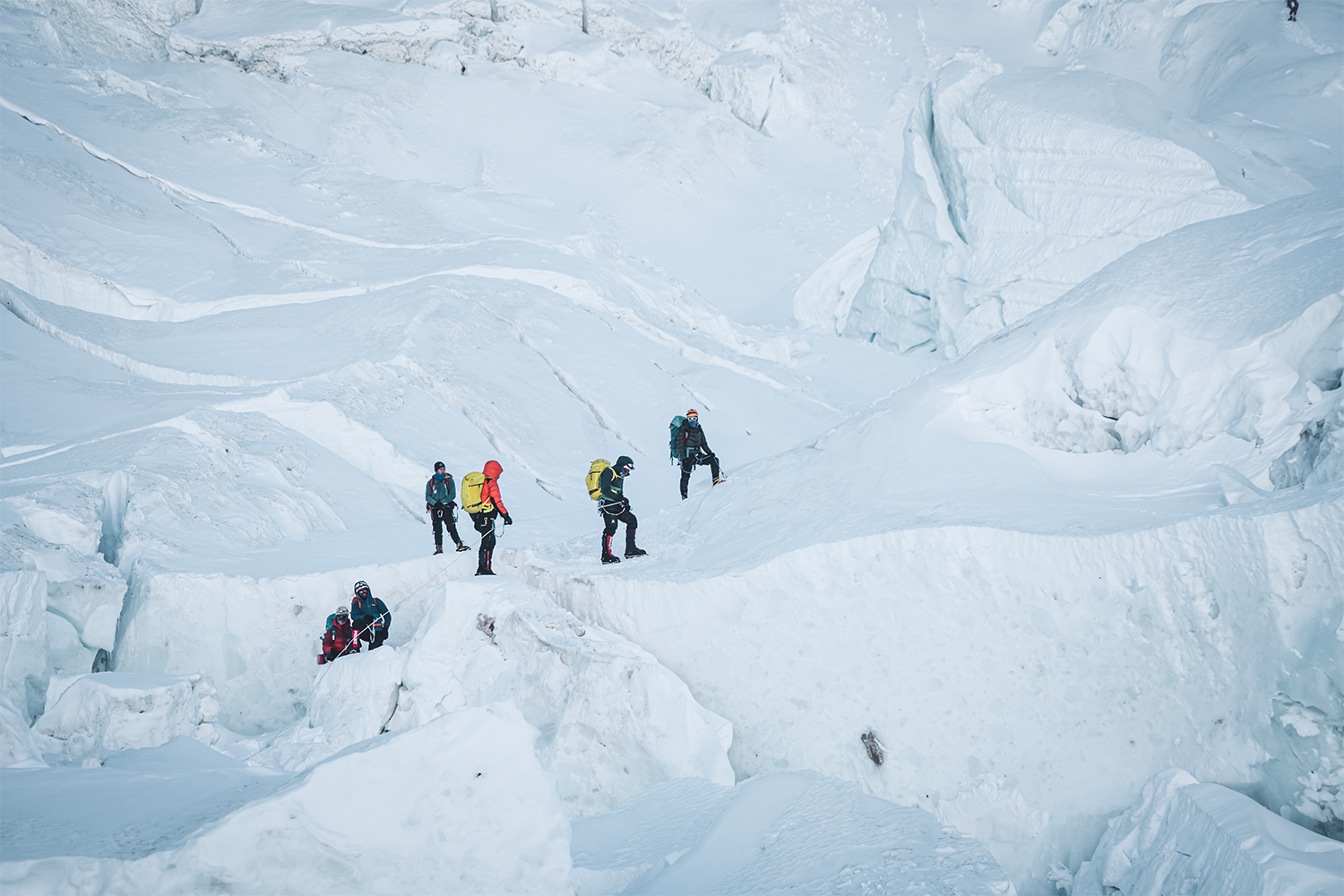 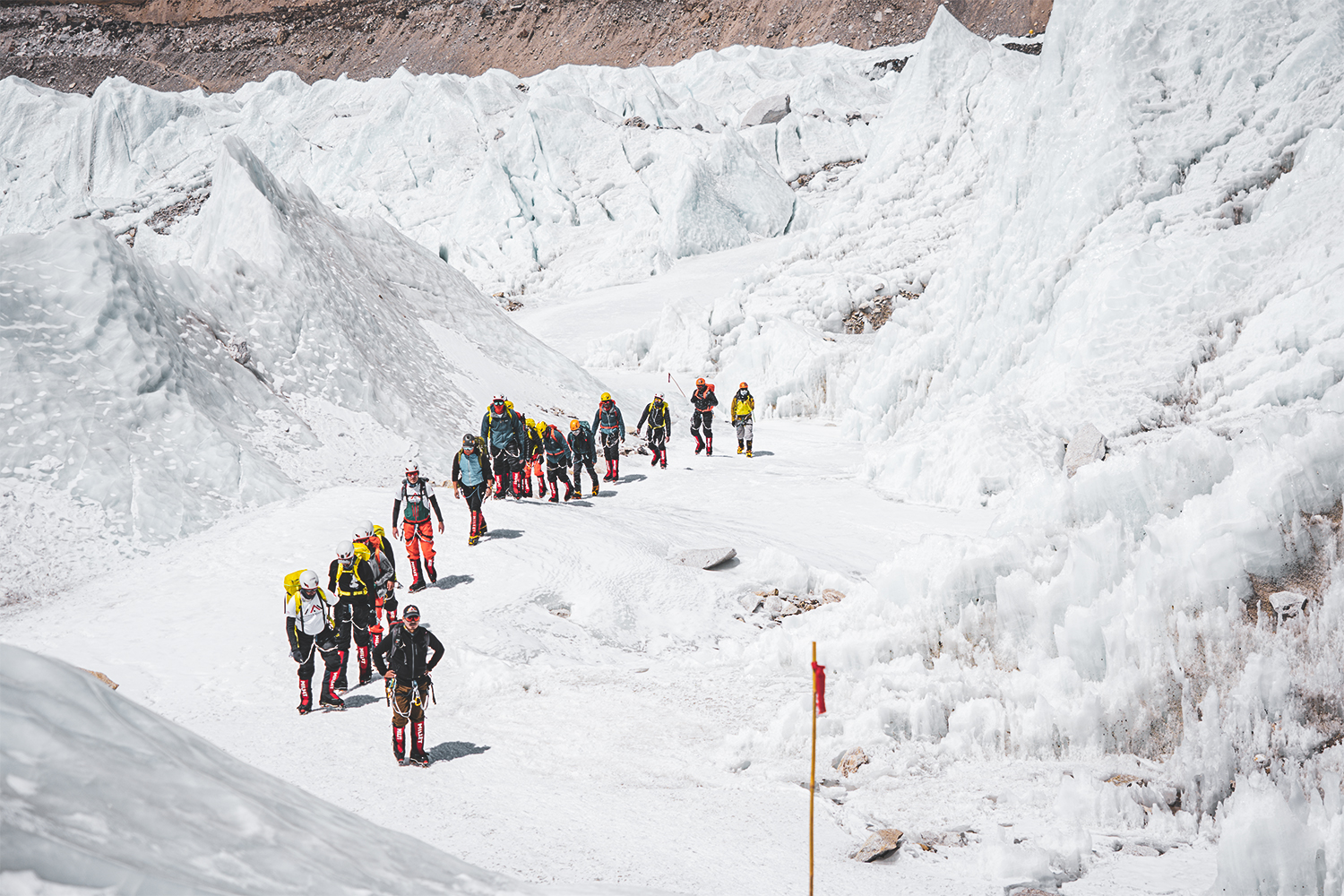 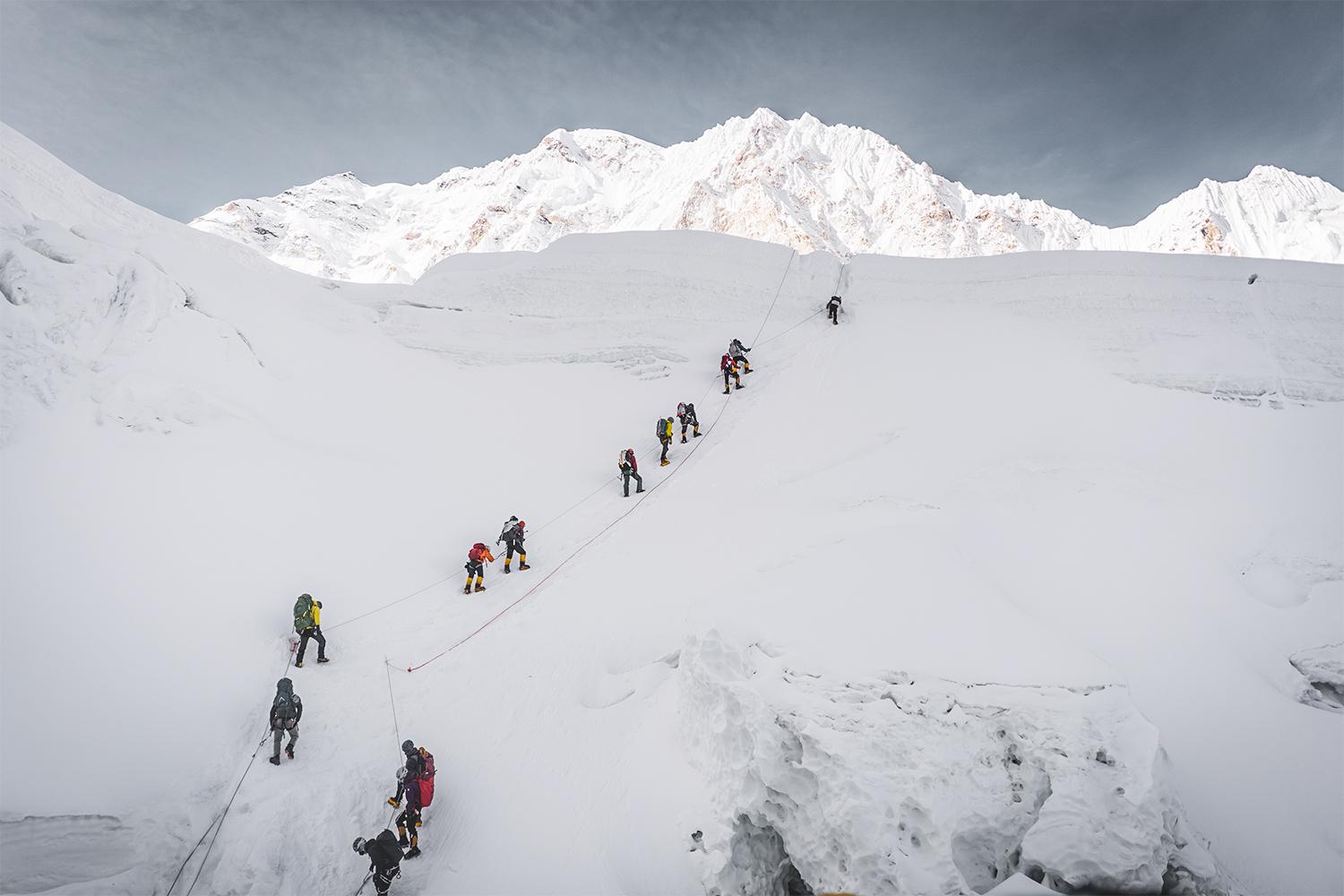 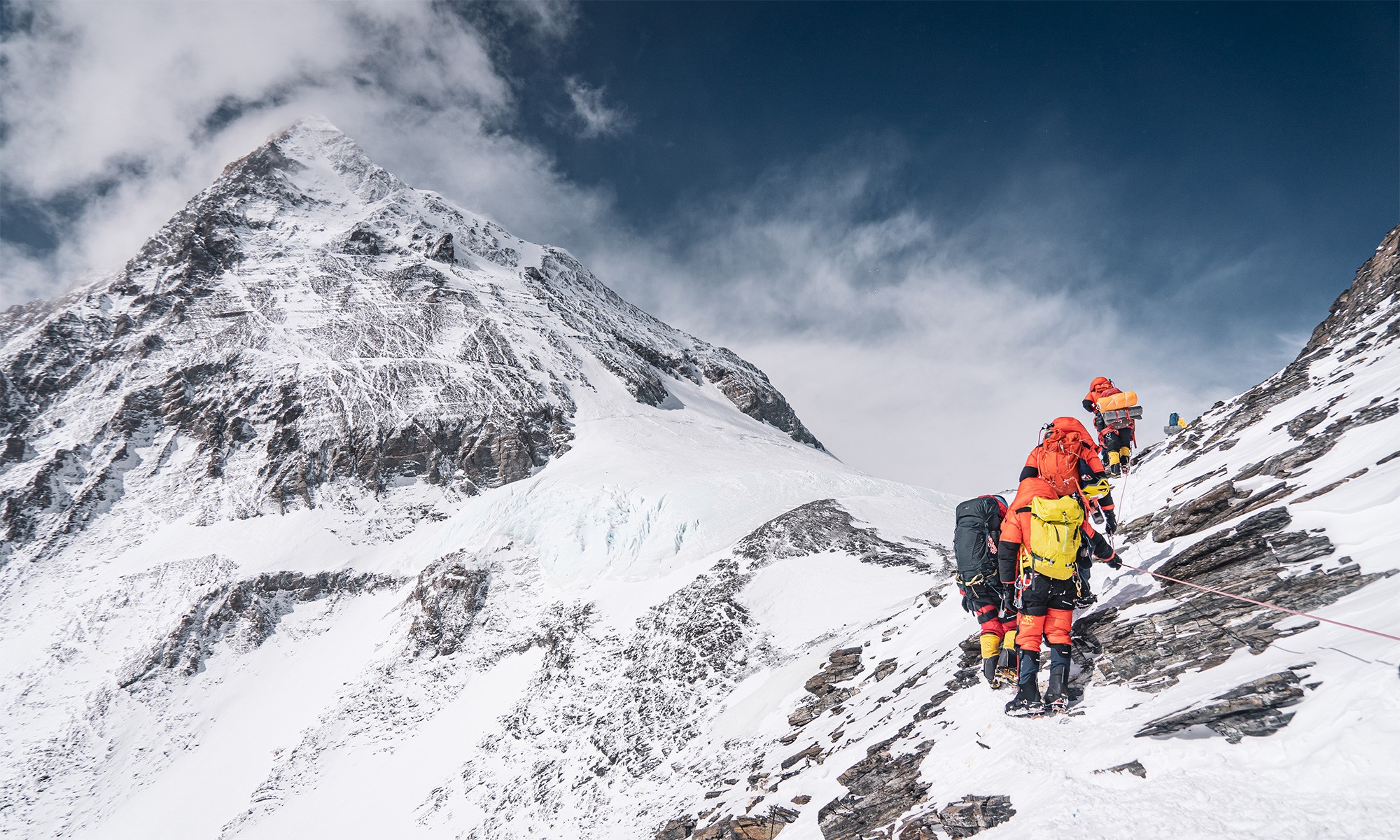 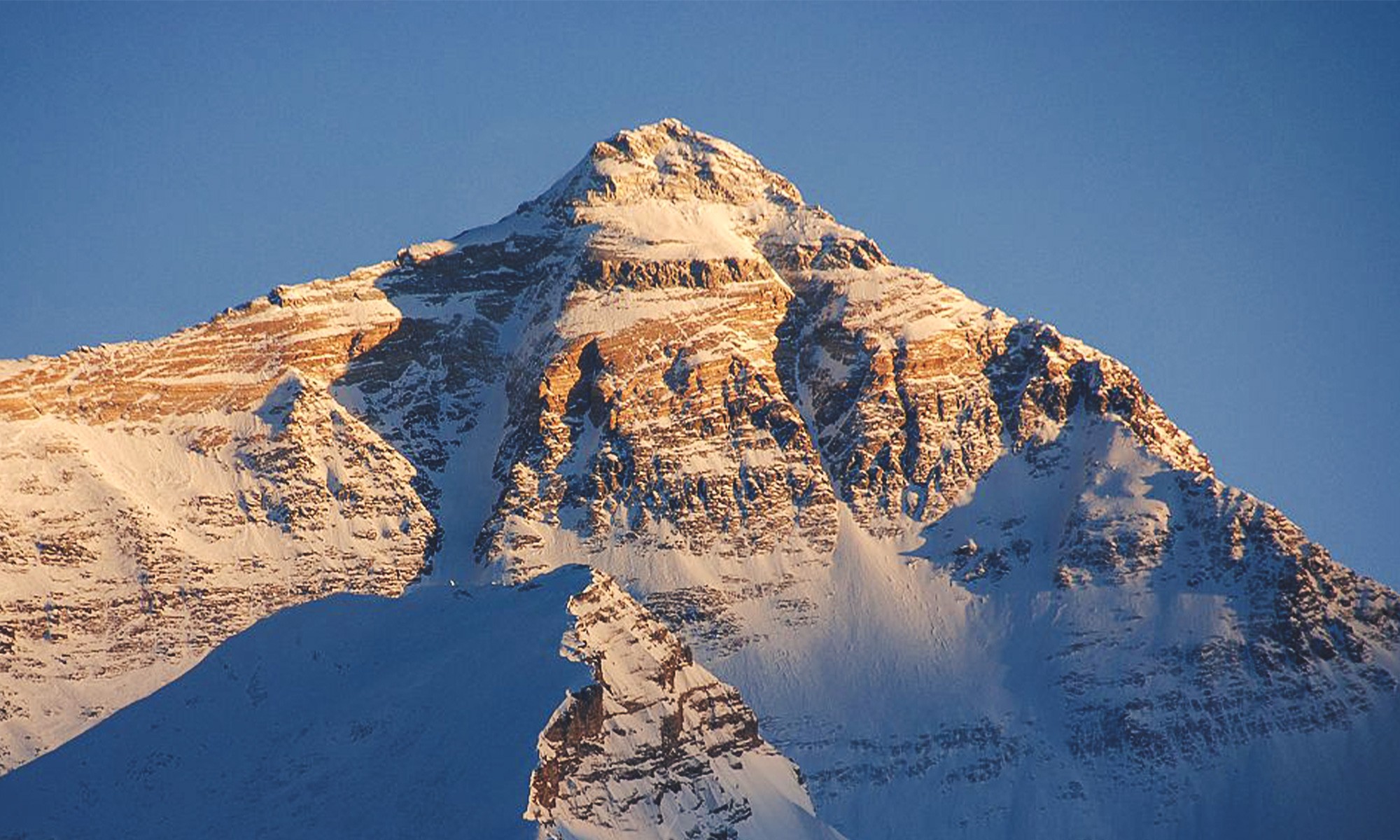 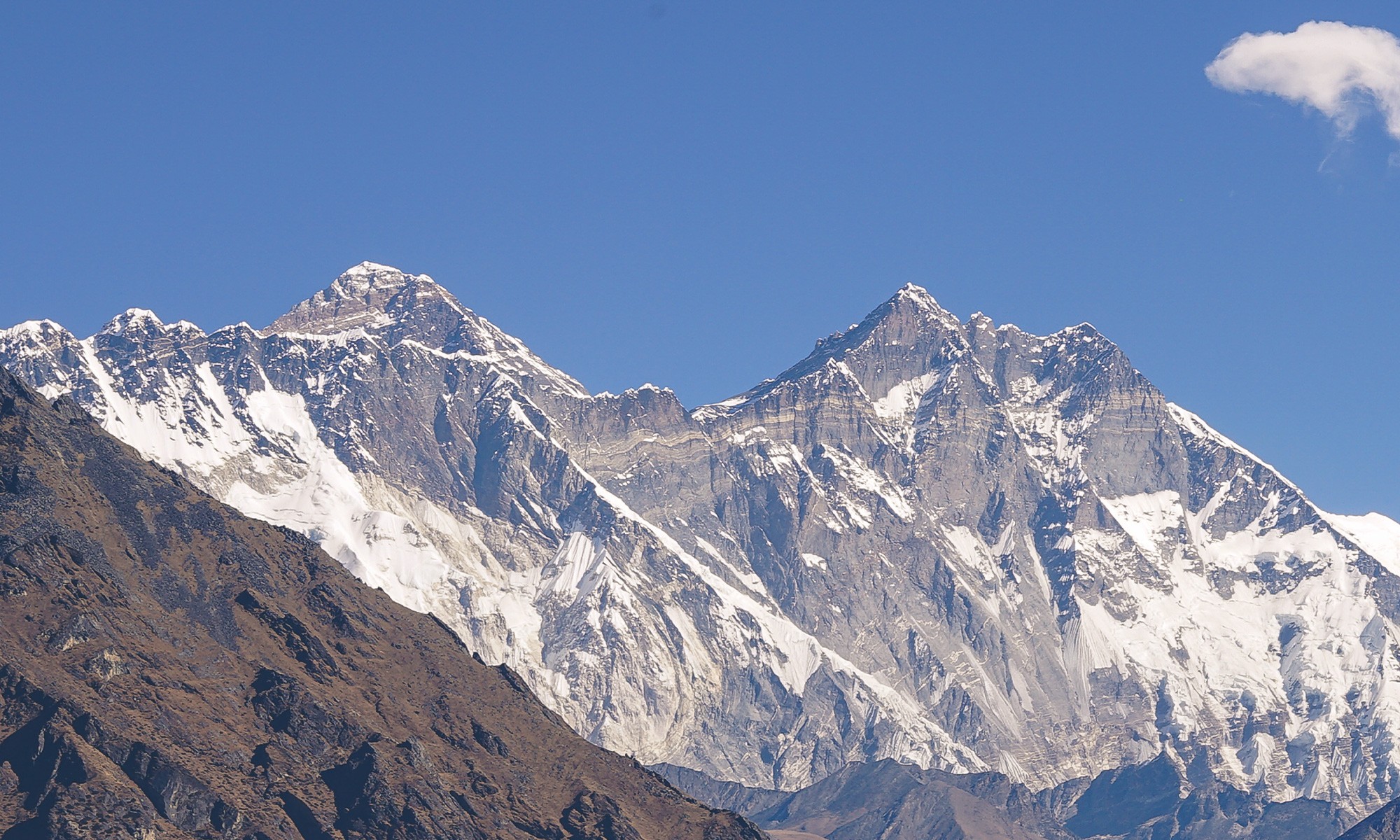